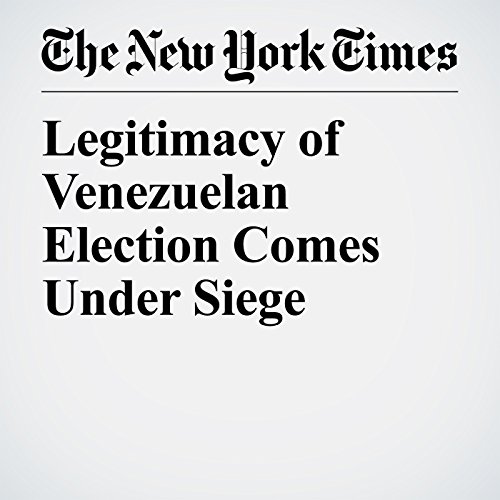 The legitimacy of Sunday’s election to overhaul Venezuela’s constitution was under threat as many voters avoided the ballot box, nations across the region rejected the predetermined result and the nation’s streets saw their deadliest day of civil unrest in three months.

"Legitimacy of Venezuelan Election Comes Under Siege" is from the July 31, 2017 World section of The New York Times. It was written by Nicholas Casey, Patricia Torres and Ana Vanessa Herrero and narrated by Keith Sellon-Wright.