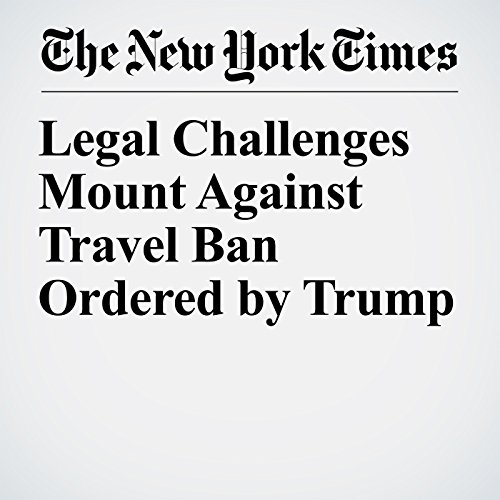 President Donald Trump faced intensifying legal challenges on Monday over his decree sharply restricting immigration from the Muslim world, as two Democratic-leaning states signaled that they would attack the policy in court and a Muslim advocacy group filed a lawsuit calling the order an unconstitutional religious test

"Legal Challenges Mount Against Travel Ban Ordered by Trump" is from the January 30, 2017 U.S. section of The New York Times. It was written by Alexander Burns and narrated by Kristi Burns.