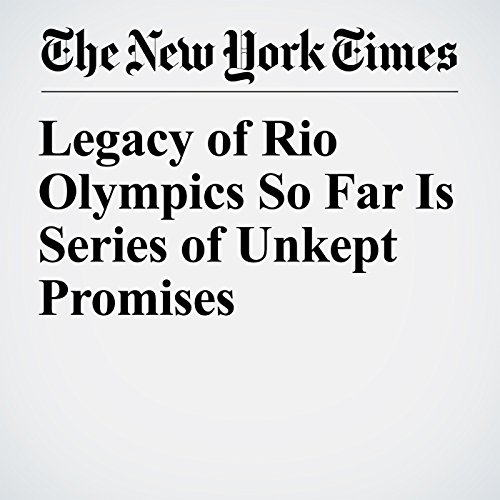 It is not uncommon for the Olympics to leave behind some unneeded facilities. Rio, however, is experiencing something exceptional: Less than six months after the Summer Games ended, the host city’s Olympic legacy is decaying rapidly.

"Legacy of Rio Olympics So Far Is Series of Unkept Promises" is from the February 15, 2017 Sports section of The New York Times. It was written by Anna Jean Kaiser and narrated by Keith Sellon-Wright.