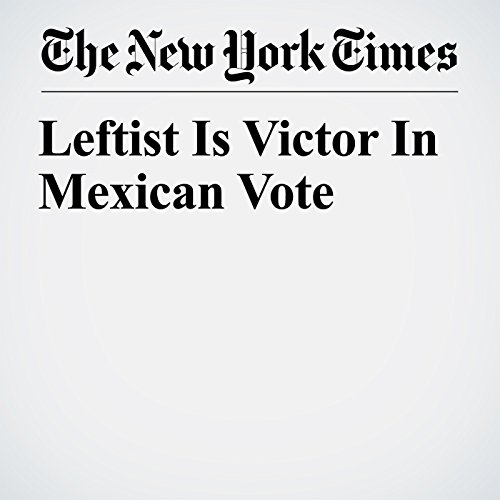 Leftist Is Victor In Mexican Vote

MEXICO CITY — Riding a wave of populist anger fueled by rampant corruption and violence, the leftist Andrés Manuel López Obrador was elected president of Mexico on Sunday, in a landslide victory that upended the nation’s political establishment and handed him a sweeping mandate to reshape the country.

"Leftist Is Victor In Mexican Vote" is from the July 02, 2018 World section of The New York Times. It was written by Azam Ahmed and Paulina Villegas and narrated by Kristi Burns.