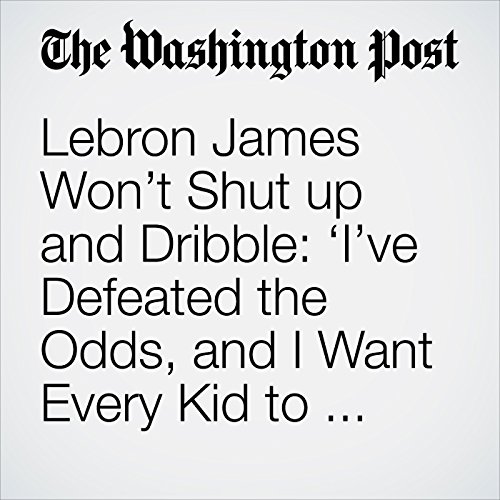 When LeBron James was first made aware of Laura Ingraham’s comments on Fox News earlier this week — including telling James and fellow NBA star Kevin Durant to “shut up and dribble” — he laughed. But that was before he saw the video, and before the meaning behind those comments sank in.

"Lebron James Won’t Shut up and Dribble: ‘I’ve Defeated the Odds, and I Want Every Kid to Know That’" is from the February 17, 2018 Sports section of The Washington Post. It was written by Tim Bontemps and Samantha Pell and narrated by Sam Scholl.