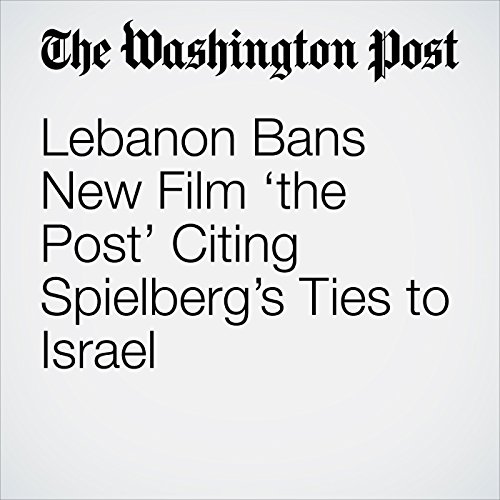 Lebanon’s authorities have ordered a ban on the movie “The Post” because of director Stephen Spielberg’s associations with Israel, amid an intensifying climate of censorship in what has historically been one of the Arab world’s freest countries.

"Lebanon Bans New Film ‘the Post’ Citing Spielberg’s Ties to Israel" is from the January 15, 2018 World section of The Washington Post. It was written by Liz Sly and Suzan Haidamous and narrated by Sam Scholl.