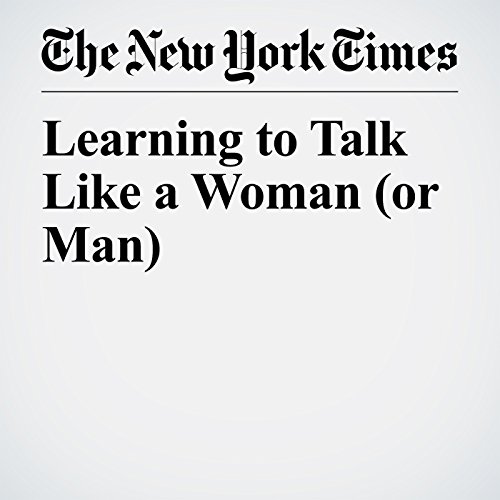 In her 30s, Sophie Marat, now 42, used to record herself reading poetry aloud, then play it back to hear if she sounded like a woman. Marat, who is transgender, had spent years trying to remake her voice in private by speaking in a higher pitch but ultimately felt that her efforts were hopeless.

"Learning to Talk Like a Woman (or Man)" is from the May 01, 2017 Science section of The New York Times. It was written by Catherine Saint Louis and narrated by Kristi Burns.