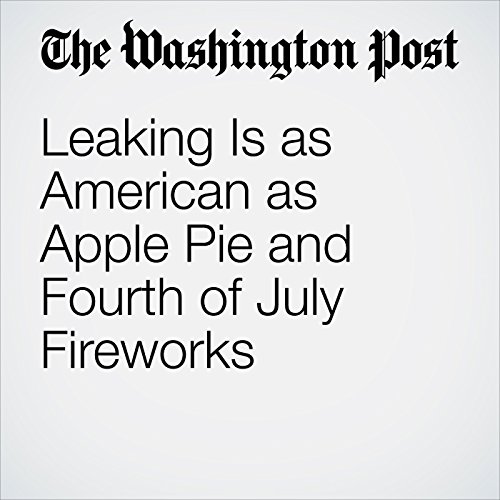 America’s grand tradition of revealing secret information about national security matters began in the winter of 1777, when the country’s first whistleblowers exposed a U.S. Navy commander for torturing British prisoners of war. The sailors who disclosed these human rights violations weren’t vilified by their commander in chief. Instead, they received the full support of Congress.

"Leaking Is as American as Apple Pie and Fourth of July Fireworks" is from the February 18, 2017 Opinion section of The Washington Post. It was written by Mark Feldstein and narrated by Jill Melancon.