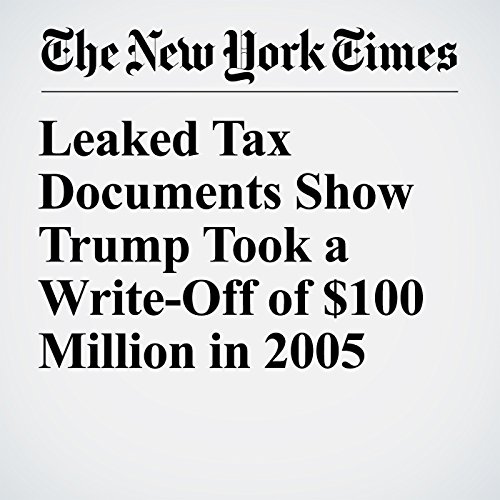 President Donald Trump wrote off more than $100 million in business losses to reduce his federal taxes in 2005, according to forms made public Tuesday night: a rare glimpse at documents that he had refused to disclose since becoming a candidate for the nation’s highest office.

"Leaked Tax Documents Show Trump Took a Write-Off of $100 Million in 2005" is from the March 15, 2017 U.S. section of The New York Times. It was written by Peter Baker and Jesse Drucker and narrated by Barbara Benjamin-Creel.