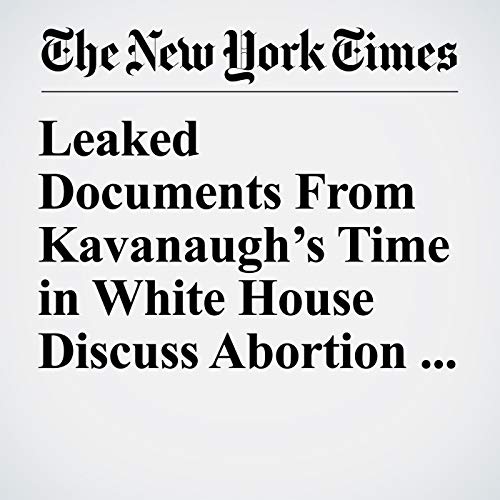 As a White House lawyer in the Bush administration, Judge Brett Kavanaugh challenged the accuracy of deeming the Supreme Court’s landmark Roe v. Wade abortion rights decision to be “settled law of the land,” according to a secret email obtained by The New York Times.

"Leaked Documents From Kavanaugh’s Time in White House Discuss Abortion and Affirmative Action" is from the September 06, 2018 U.S. section of The New York Times. It was written by Charlie Savage and narrated by Keith Sellon-Wright.