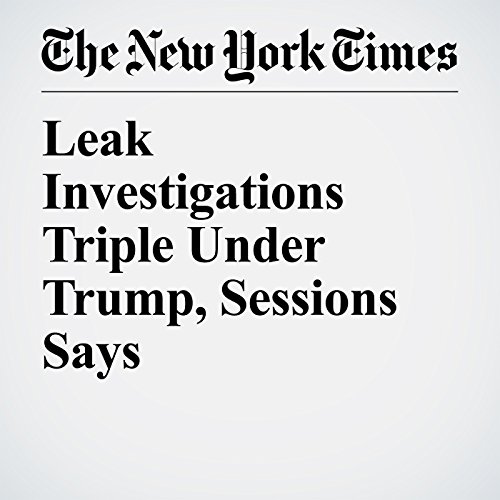 Attorney General Jeff Sessions announced on Friday that the Justice Department was now pursuing three times as many leak investigations as the previous administration, a significant devotion of law enforcement resources to hunt down the sources of unauthorized disclosures of information that have plagued the Trump administration.

"Leak Investigations Triple Under Trump, Sessions Says" is from the August 04, 2017 U.S. section of The New York Times. It was written by Charlie Savage and Eileen Sullivan and narrated by Barbara Benjamin-Creel.