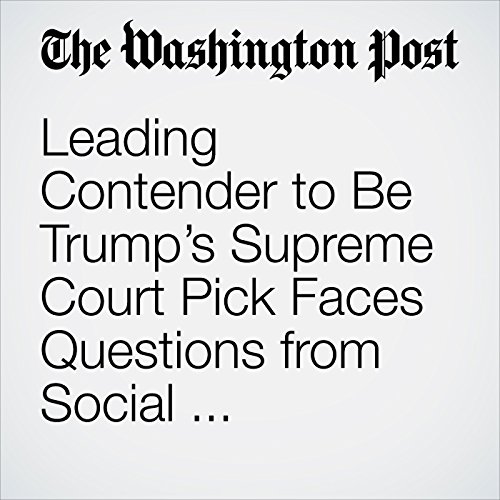 An intensifying debate over Judge Brett M. Kavanaugh, a front-runner in President Trump’s search for a Supreme Court nominee, gripped Republicans on Tuesday, with conservative critics highlighting past rulings and his links to GOP leaders while his allies — including inside the White House — forcefully defended him.

"Leading Contender to Be Trump’s Supreme Court Pick Faces Questions from Social Conservatives" is from the July 03, 2018 Politics section of The Washington Post. It was written by Robert Costa and Josh Dawsey and narrated by Sam Scholl.