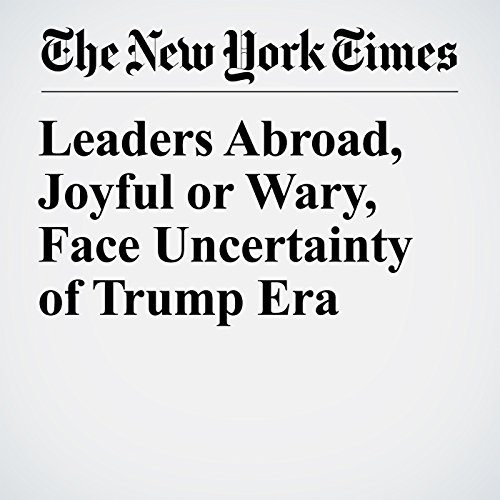 There was dismay in Britain, applause in Russia and silence in Japan. French populists found hope, Mexican leaders expressed concern and Germany’s vice chancellor offered an allusion to his country’s dark past.In his first speech as president of the United States, Donald Trump showed the world he could be as divisive abroad as he is at home. His vow to place America first — and his threat to upend long-standing alliances, trade deals and many other tenets of the liberal democratic order the nation has chosen for nearly 70 years — was received across the globe with fear, silence and glee, sometimes within the same country.

"Leaders Abroad, Joyful or Wary, Face Uncertainty of Trump Era" is from the January 21, 2017 World section of The New York Times. It was written by Azam Ahmed, Steven Erlanger and Gerry Mullany and narrated by Paul Ryden.