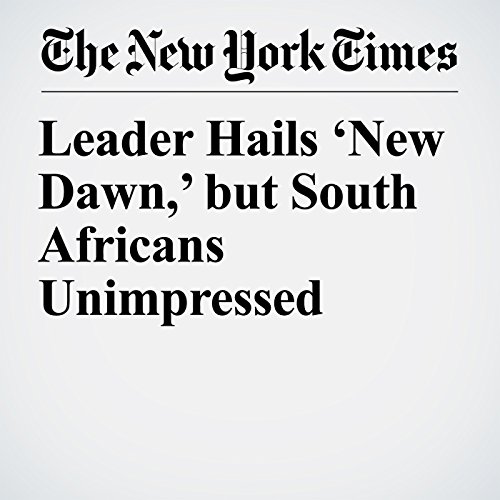 "Leader Hails ‘New Dawn,’ but South Africans Unimpressed" is from the February 17, 2018 World section of The New York Times. It was written by Norimitsu Onishi and narrated by Keith Sellon-Wright.