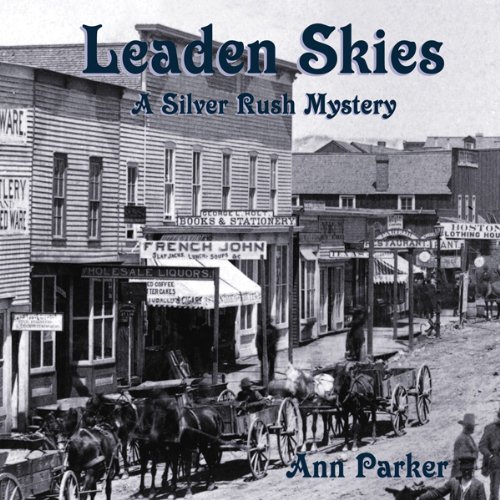 In the summer of 1880, the mining boomtown of Leadville, Colorado, is being toured by Ulysses S. Grant, former president and Civil War general, probably with a view to investment in the town's silver mines. But there are those in town, and in his own retinue, who are tempted by visions of a different sort.

As part owner of the Silver Queen Saloon, Inez Stannert has observed the ruination that comes from yielding to temptation. Still, that knowledge hasn't stopped her from striking a backroom deal with upscale brothel madam Frisco Flo - a deal that Inez wagers will make her financially independent. But she begins to have second thoughts when the body of one of Flo's women is discovered and when she learns of another silent business partner - one whose identity Flo refuses to divulge.

I really enjoy Ann Parker's Silver Rush mysteries. This is number 3. I am probably able to appreciate it more than those who haven't read the first two, but I still think this book stands up on it's own. Saloon owner, Inez Stannert, is a wonderful character, especially to those of us (of a certain age) who remember Miss Kitty from the old Gunsmoke TV series. Parker always seems to come up with new and interesting characters. In this book Zelda stands out as a woman of determination who goes so far as to prostitute herself for the good of her family.
The narrator of this Audible book did a good job of bringing the story and characters to life.