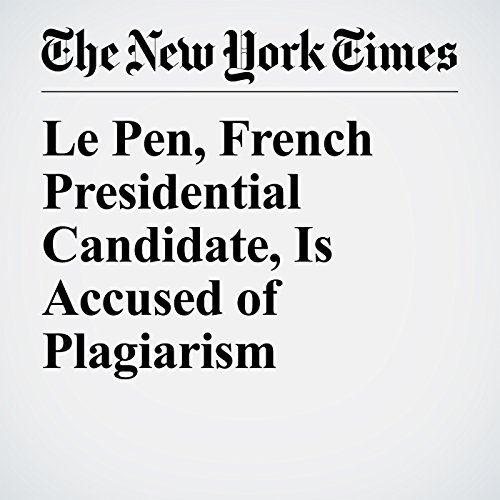 Marine Le Pen, the far-right presidential candidate in France, was battling accusations on Tuesday that she had plagiarized from sections of a speech by her conservative former opponent, François Fillon, at her May Day rally.

"Le Pen, French Presidential Candidate, Is Accused of Plagiarism" is from the May 02, 2017 World section of The New York Times. It was written by Aurelien Breeden and narrated by Keith Sellon-Wright.