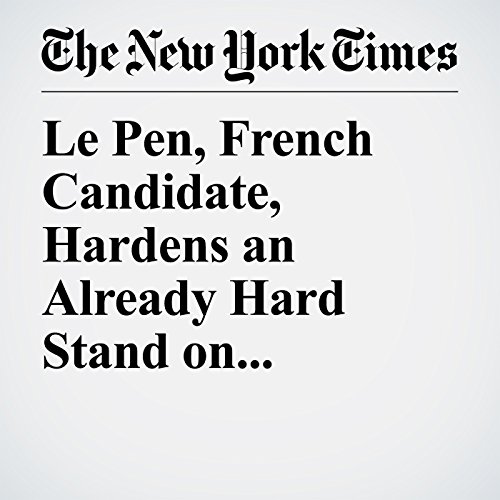 Slipping in polls in the final days before the start of France’s presidential voting on Sunday, the far-right leader Marine Le Pen is rallying her base by hardening a line — already very hard — on her principal campaign theme: immigration.

"Le Pen, French Candidate, Hardens an Already Hard Stand on Immigration" is from the April 20, 2017 World section of The New York Times. It was written by Adam Nossiter and narrated by Keith Sellon-Wright.