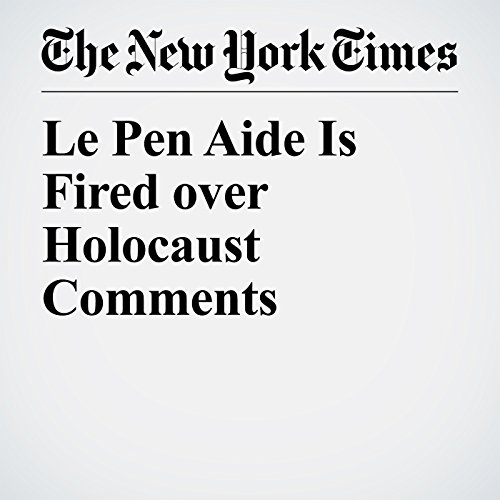 Marine Le Pen’s bid for the French presidency suffered a setback on Friday when the ally she had chosen to temporarily lead her far-right party was forced to step down because he had praised a Holocaust denier and had expressed doubt that the Nazis had used poison gas to murder Jews.

"Le Pen Aide Is Fired over Holocaust Comments" is from the April 28, 2017 World section of The New York Times. It was written by Benoît Morenne and narrated by Mike DelGaudio.