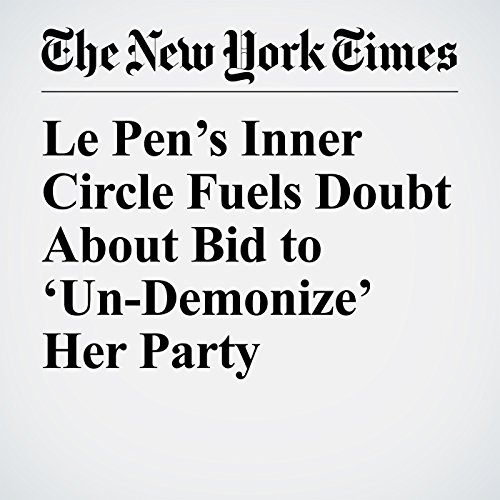 Little more than a week before France’s presidential election, Marine Le Pen remains a front-runner after working hard to sanitize the image of her party, the National Front, and to distance it from the uglier associations of Europe’s far right.

"Le Pen’s Inner Circle Fuels Doubt About Bid to ‘Un-Demonize’ Her Party" is from the April 14, 2017 World section of The New York Times. It was written by Adam Nossiter and narrated by Caroline Miller.