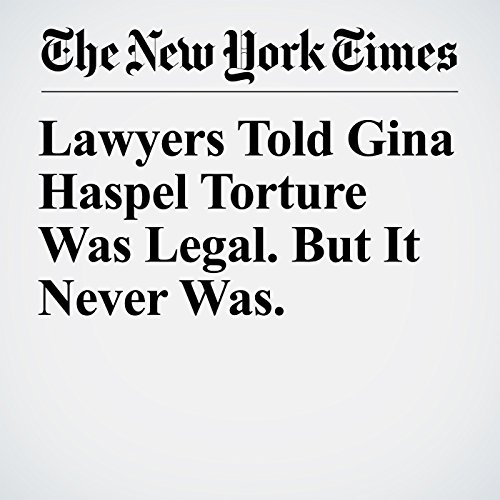 As the Senate considers Gina Haspel’s nomination as director of the CIA, it is time to dispel the false narrative about her record. That narrative says that Haspel’s involvement in torture, as well as the order she drafted authorizing the destruction of videotapes documenting this abusive practice, was legal and justifiable.

"Lawyers Told Gina Haspel Torture Was Legal. But It Never Was." is from the May 09, 2018 Opinion section of The New York Times. It was written by Claire Finkelstein and Stephen N. Xenakis and narrated by Kristi Burns.