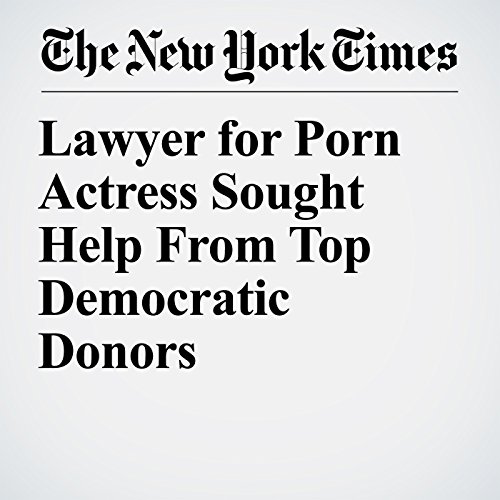 Michael Avenatti, the lawyer for Stephanie Clifford, the pornographic film actress who says she had a sexual encounter with President Donald Trump, has sought help for his legal battle against Trump from leading Democratic operatives.