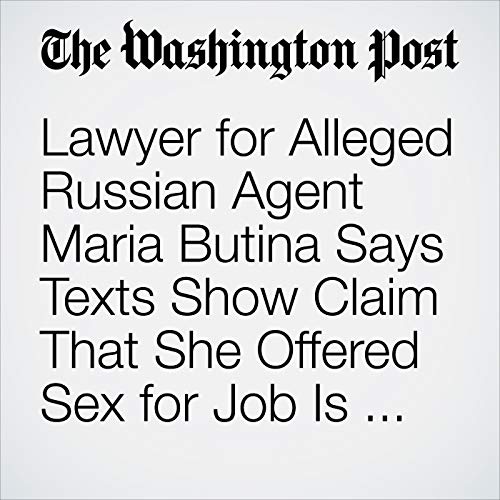 A lawyer for alleged Russian agent Maria Butina filed a motion Friday arguing that federal prosecutors misconstrued a three-year-old playful exchange between Butina and a male friend in Russia to smear the 29-year old student as a seductress who offered sex for access.

"Lawyer for Alleged Russian Agent Maria Butina Says Texts Show Claim That She Offered Sex for Job Is ‘Sexist Smear’" is from the August 24, 2018 Politics section of The Washington Post. It was written by Rosalind S. Helderman and narrated by Sam Scholl.