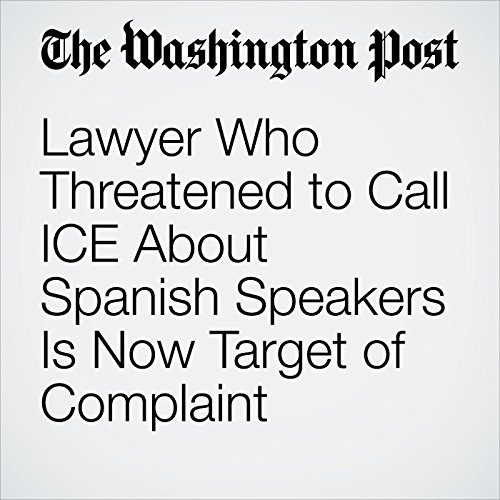 The man captured on video making xenophobic comments about Spanish-speaking employees at a New York deli has been identified as lawyer Aaron Schlossberg in a formal complaint filed with the state court disciplinary system.

"Lawyer Who Threatened to Call ICE About Spanish Speakers Is Now Target of Complaint" is from the January 00, 1900 Politics section of The Washington Post. It was written by Eli Rosenberg, Marwa Eltagouri and narrated by Jenny Hoops.