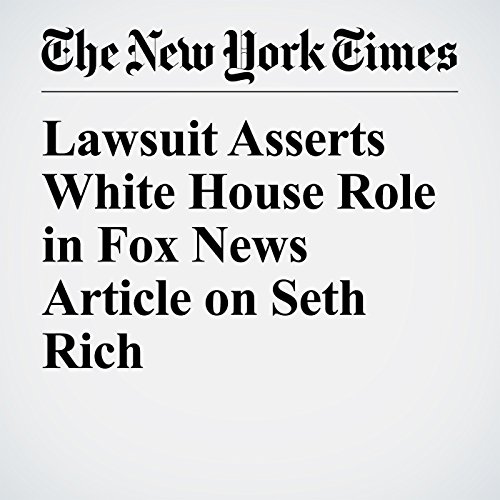 The private detective at the center of a Fox News article about the death of a young Democratic aide claims that the White House and a wealthy Trump supporter urged the network to run the article as part of a scheme to blunt speculation about the president’s ties to Russia, according to a lawsuit filed Tuesday.

" Lawsuit Asserts White House Role in Fox News Article on Seth Rich" is from the August 01, 2017 Business section of The New York Times. It was written by Emily Steel and narrated by Barbara Benjamin-Creel.