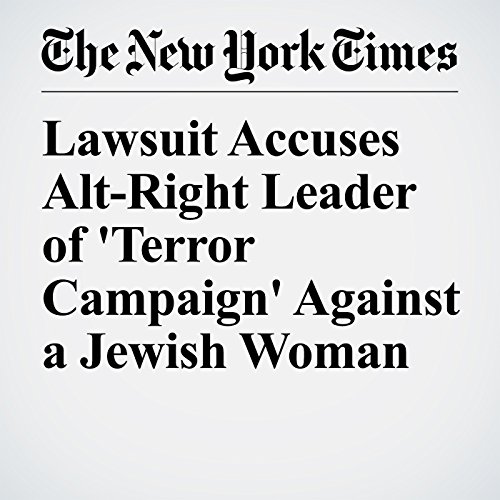 The Southern Poverty Law Center filed a lawsuit Tuesday against the publisher of a popular “alt-right” website, claiming that he orchestrated a “terror campaign” against a Jewish woman in Montana.

"Lawsuit Accuses Alt-Right Leader of 'Terror Campaign' Against a Jewish Woman" is from the April 19, 2017 U.S. section of The New York Times. It was written by Matt Stevens and narrated by Kristi Burns.