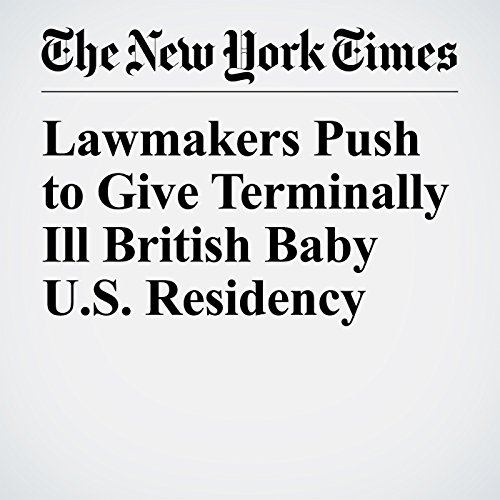 Two House Republican lawmakers are seeking to give permanent residency to Charlie Gard, the terminally ill British baby, and his parents if the London High Court allows the family to seek medical care in the United States.

"Lawmakers Push to Give Terminally Ill British Baby U.S. Residency" is from the July 11, 2017 World section of The New York Times. It was written by Emily Cochrane and narrated by Kristi Burns.