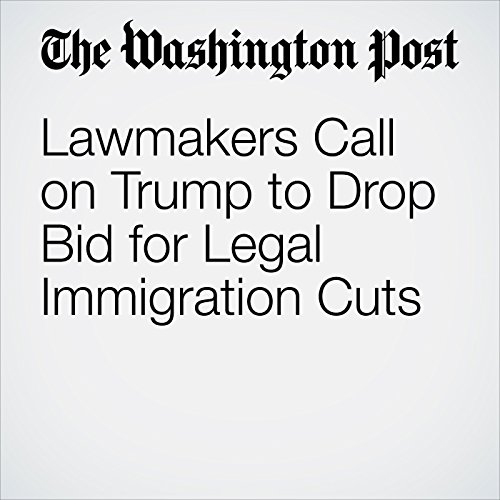 Lawmakers in both parties said Sunday that the immigration debate should focus narrowly on efforts to legalize young immigrants known as "dreamers" and beef up border security, suggesting that President Trump's demands to slash legal immigration levels are likely to sink a deal.

"Lawmakers Call on Trump to Drop Bid for Legal Immigration Cuts" is from the January 28, 2018 Politics section of The Washington Post. It was written by David Nakamura and narrated by Sam Scholl.