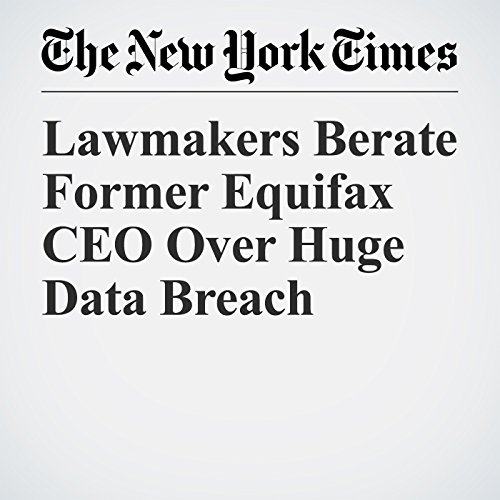 Members of Congress tore into Equifax on Tuesday, berating the company’s former chief executive for a breach of its computer systems that potentially exposed the sensitive personal information of more than 145 million Americans.

"Lawmakers Berate Former Equifax CEO Over Huge Data Breach" is from the October 03, 2017 Business section of The New York Times. It was written by Tara Siegel Bernard and Stacy Cowley and narrated by Kristi Burns.