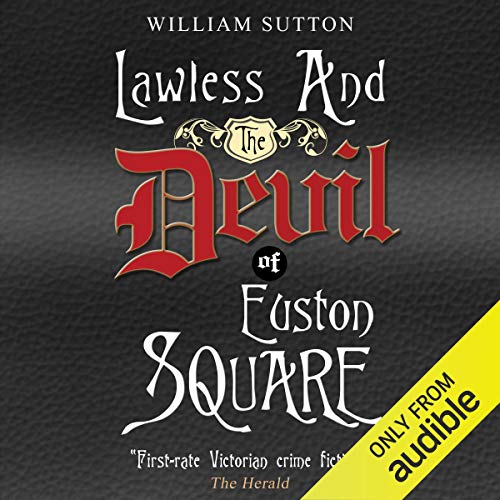 London 1859-62. A time of great exhibitions, foreign conquests and underground trains. But the era of Victorian marvels is also the time of the Great Stink. With cholera and depravity never far from the headlines, it's not only the sewers that smell bad.

Novice detective Campbell Lawless stumbles onto the trail of Berwick Skelton, an elusive revolutionary determined to bring London to its knees through devilish acts of terrorism. Cast into a lethal, intoxicating world of music hall hoofers, industrial sabotage and royal scandal, will Lawless survive long enough to capture this underworld nemesis, before he unleashes his vengeance on a society he wants wiped from the face of the Earth?

This is the first of a series of historical thrillers by William Sutton set during the mid-19th Century, featuring Metropolitan policeman, Campbell Lawless, aka the Watchman, on his rise through the ranks and his initiation as a spy.

The plot takes forever to get going, is overly complicated and the reading is slow and boring. The voices are caricatures of how real people may have spoken.

Never let an author be narrator

I've no idea whether this story is any good or the characters interesting because I couldn't put up with more than 10 minutes reading. William Sutton has a pleasant voice but there's a reason they usually employ actors to do the narration. If I'd realised it was author-read, I'd have avoided it.