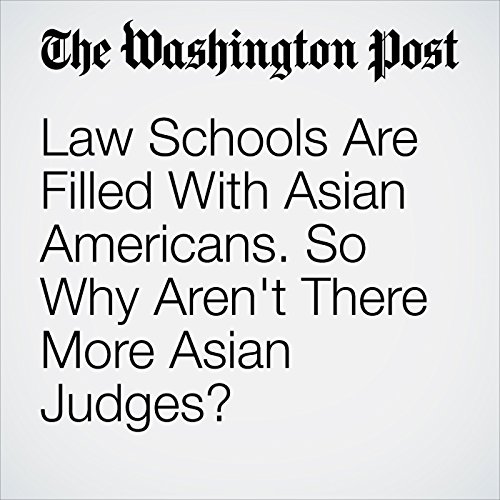 The question arose for California Supreme Court Justice Goodwin Liu when his court granted posthumous bar admission to Hong Yen Chang, a Chinese immigrant denied a law license more than a century ago because of his race: how are Asian Americans faring in the legal profession today?

"Law Schools Are Filled With Asian Americans. So Why Aren't There More Asian Judges?" is from the July 18, 2017 Wonkblog section of The Washington Post. It was written by Tracy Jan  and narrated by Sam Scholl.