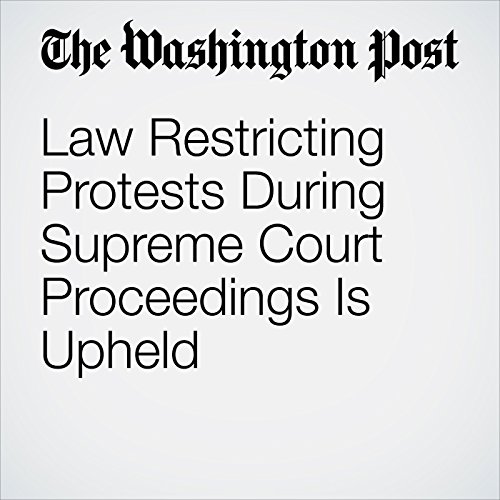 A panel of the U.S. Court of Appeals for the District of Columbia Circuit said that a lower court was wrong to find the words so vague as to cast doubt on a law that outlaws protests at the Supreme Court.

"Law Restricting Protests During Supreme Court Proceedings Is Upheld " is from the March 03, 2017 National section of The Washington Post. It was written by Robert Barnes and narrated by Jill Melancon.