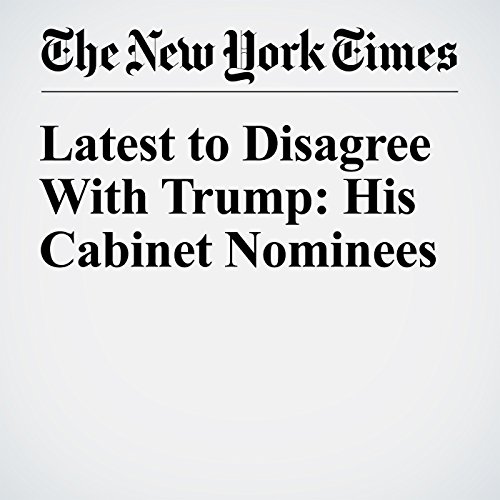 America should not torture. Russia is a menace. A wall at the Mexican border would not be effective. A blanket ban against Muslims is wrong. Climate change is a threat.

Those statements are in direct opposition to some of the most significant declarations President-elect Donald Trump made before his improbable ascension to the White House. They are also the words of his own nominees to lead the nation’s most important government agencies.

"Latest to Disagree With Trump: His Cabinet Nominees" is from the January 12, 2017 U.S. section of The New York Times. It was written by Jennifer Steinhauer and narrated by Caroline Miller.