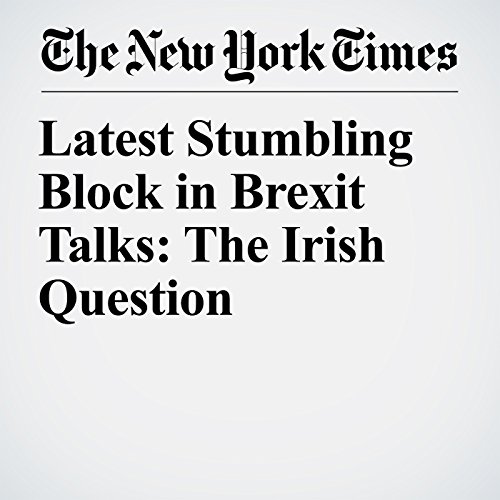 Britain’s divorce negotiations with the European Union hit a major snag Monday, when a hard-line Northern Ireland party that is a crucial ally of Prime Minister Theresa May pulled its support at the last minute from an agreement on the future of the border between the United Kingdom and Ireland.

"Latest Stumbling Block in Brexit Talks: The Irish Question" is from the December 04, 2017 World section of The New York Times. It was written by Stephen Castle and narrated by Barbara Benjamin-Creel.