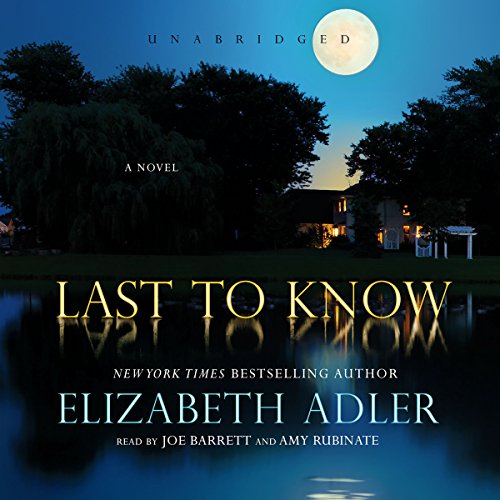 A killer targets a peaceful lakeside community, and one family is changed forever by secrets and lies.

Evening Lake is idyllic, peaceful, with a close-knit community of families who have been coming to this western Massachusetts getaway for decades. Then newcomer Lacey Havnel and her daughter, Bea, move in. They are nothing like the well-heeled families who populate Evening Lake. Mysterious and rough around the edges, they keep to themselves.

Detective Harry Jordan sees his lake home as a respite from solving crimes on the streets of Boston. The Osborne family views their cottage as a way to avoid the distractions of life - especially for Wally Osborne, a famous horror writer who seems to need the peace and quiet more than anyone.

One night, Harry is walking alongside the lake when the night is rocked by an explosion: the Havnel house is engulfed in a conflagration, and young Bea is seen fleeing, hair on fire, and plunging into the lake. She survives, but her mother does not, and Harry is pulled into the investigation.

Unbeknownst to the rest of the community, Diz Osborne, the youngest Osborne son, carries a weighty secret about who else he saw rowing on the lake that night. When it's discovered that Lacey died not from the explosion but from a knife wound, it's soon clear that a murderer is on the loose. And this murderer is poised to strike again and again.

Told with Elizabeth Adler's inimitable style, illuminating descriptions, and intricate family dynamics, Last to Know is the definition of a pause-resister.

Story and characters weak and sappy. Comes off like a bad romance novel.
Narration is awful. Especially when male narrator reads sex scenes. Totally wrong voice. Made my skin crawl. To each their own, but to me? Eeew.
So no I don't recommend this one even if included/free.

This book has so many twists and turns, really enjoyed listening to it. The characters were excellent and loved getting g to know them, while the murders unraveled.The narration was very good.

Where to start? I didn't like anything about this book. The narration was bad, the plot was bad, the characters were annoying and very stupid. Just don't

Overall, the story was pretty good. It took a while for me to get into it, but maybe others would be intrigued from the beginning. I rated this 3 stars because there were a few points in the story where the characters seemed to be picking up from a point that listeners had already passed and the same character had already spoken on. The back-tracking felt more like poor editing/revising (especially since it usually occured right after an unexpected pause in the soundtrack), almost like the author couldn't decide on one way to deliver a speech and ended up splicing them together, but not well. It made some parts a bit confusing and I thought the book was skipping or that I'd pressed some button and made a jump to a different part of the book. It's still worth a listen if you're downloading for free.

It was kind of hard to follow at times and got a little confusing but overall it was a good listen.

not a good narrator for this book,hard to follow,female narrator was fine .good story wish had a better narrator

This was a great story and I was bummed when it ended! Narration was spot on.

very captivating and fast moving. keeps you on the edge of your seat waiting to hear what's going to happen next.

Good story line. Love detective type books, waiting to see “who done it”! This one pretty much had me guessing till the end.

The ending was disappointing. Story started well and the central characters were initially interesting. The main character, who was supposed to be solving a crime was useless. Author must have got bored and it wound up like a poorly scripted detective TV show.

Not a bad listen, takes no thinking about. Gets very cheesy in places and the storyline is obvious from start to finish.

Lots going on in this book, never a dull moment. Gory parts, but not too many. An enjoyable book, would recommend.

I did not complete the book due to the awful narrator. This may well be a good book, I will get a copy to read

2 mins of listening to this nasal whine narration was enough for me !! awful.

could not stop listening finished at 3.00 a.m. ! keeps you guessing all the time

Couldn't get past chapter 6
First 5 chapters are a dull info dump before the inciting incident finally hits the scene, but I simply didn't care about any of the characters so no incentive to keep going.
And by this point the descriptions of the females in the book were already feeling uncomfortable, really letchy descriptions of their bodies and motives. no thanks.

Very disappointed with this story as I'd read a previous book by the same author. The narration was awful (especially the female)