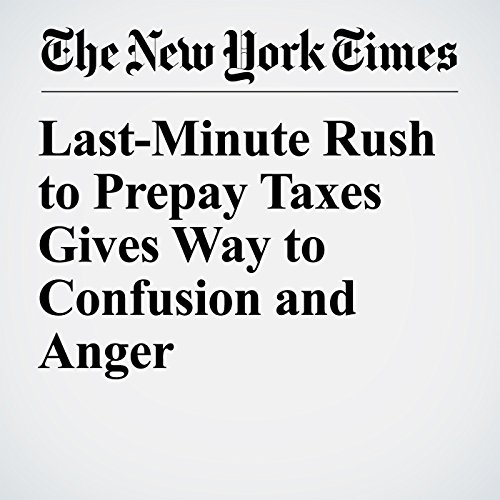 In Hempstead, a Long Island town where the typical property tax bill tops $10,000, residents have lined up all week to prepay those taxes for next year. They have been trying to save thousands of dollars before the new federal tax bill, which goes into effect on New Year’s Day, sharply limits deductions for state and local taxes.

"Last-Minute Rush to Prepay Taxes Gives Way to Confusion and Anger" is from the December 28, 2017 Business section of The New York Times. It was written by Ben Casselman and Jeffery C. Mays and narrated by Barbara Benjamin-Creel.