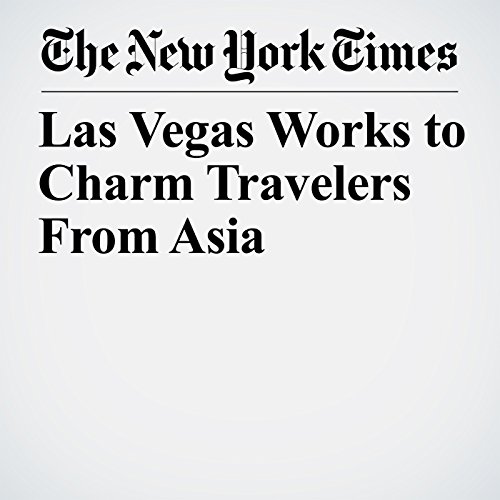 The first direct flight from Beijing to Las Vegas, launched Dec. 2 by Hainan Airlines, is viewed as a major step toward the goal the Las Vegas Convention & Visitors Authority has set to push international visitation to 30 percent over the next decade. International visitors currently account for 16 percent of traffic.

"Las Vegas Works to Charm Travelers From Asia" is from the January 15, 2017 Travel section of The New York Times. It was written by Elaine Glusac and narrated by Keith Sellon-Wright.