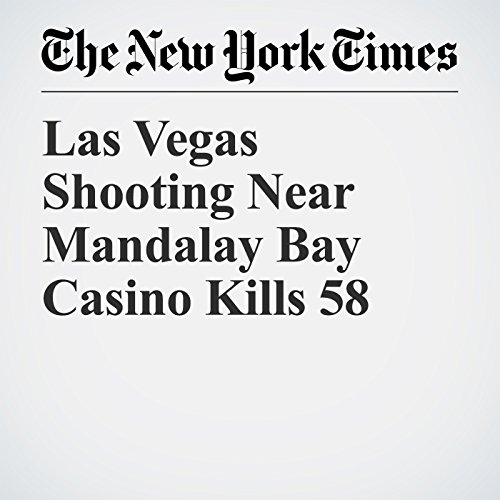 A gunman on a high floor of a Las Vegas hotel rained a rapid-fire barrage on an outdoor concert festival Sunday night, killing at least 58 people, injuring hundreds of others, and sending thousands of terrified survivors fleeing for cover, in one of the deadliest mass shootings in U.S. history.