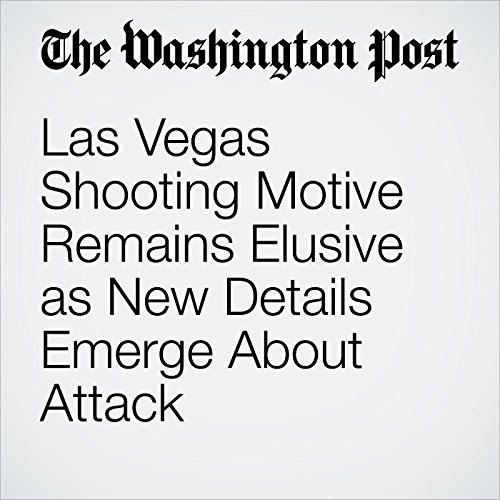 Investigators probing the Las Vegas massacre continued searching Thursday for what could have motivated the deadliest mass shooting in modern American history, even as they detailed more evidence suggesting that the gunman meant to inflict even greater damage.

"Las Vegas Shooting Motive Remains Elusive as New Details Emerge About Attack" is from the October 05, 2017 National section of The Washington Post. It was written by Mark Berman and Matt Zapotosky and narrated by Sam Scholl.