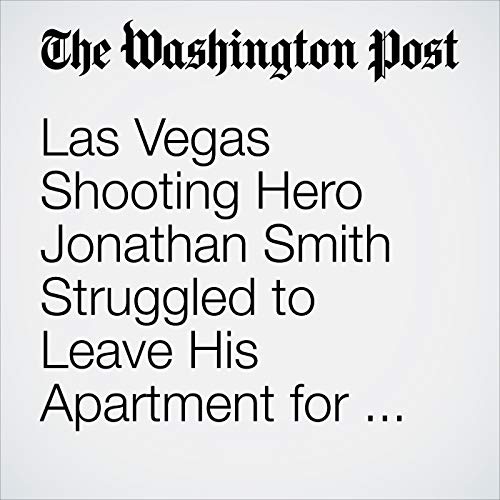 The bracelet is still on Jonathan Smith’s wrist, right where he put it a year ago as he entered the Route 91 Harvest music festival on the Las Vegas Strip. It was there when country star Jason Aldean took the stage, when what sounded like fireworks morphed into a shower of bullets, when the blood started to run down his shirt, when he tried to drag concert­goers away from danger, when he almost lost his life.

"Las Vegas Shooting Hero Jonathan Smith Struggled to Leave His Apartment for Six Months. Now He’s Studying to Be a Cop" is from the September 30, 2018 National section of The Washington Post. It was written by Heather Long and narrated by Sam Scholl.