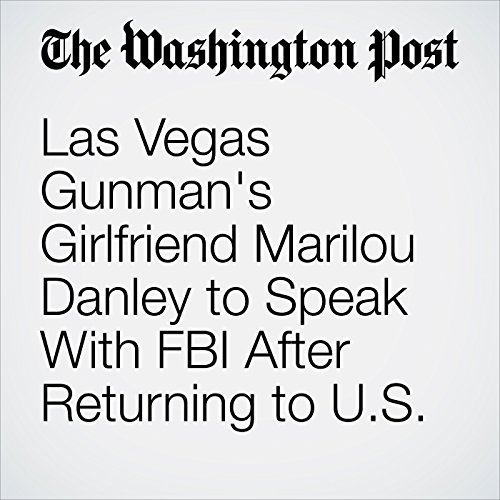 Authorities investigating the Las Vegas massacre turned Wednesday to the shooter’s girlfriend, hoping for more answers about the gunman and what may have sparked the deadliest mass shooting in modern U.S. history.

"Las Vegas Gunman's Girlfriend Marilou Danley to Speak With FBI After Returning to U.S." is from the October 04, 2017 National section of The Washington Post. It was written by Mark Berman and Matt Zapotosky and narrated by Sam Scholl.