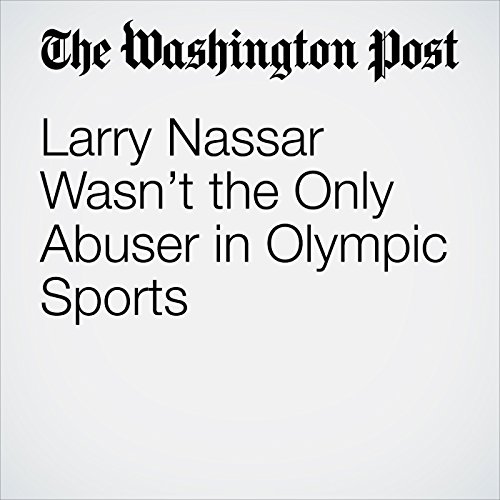 The strong, dedicated girls and young women of the U.S. gymnastics team who survived the assaults of their team doctor also were victims of a second kind of abuse — the negligence of the U.S. Olympic Committee. The health and safety of the athletes should have been paramount, and instead they were sacrificed to the higher priorities of reducing legal liability and protecting the USOC’s image and fundraising.

"Larry Nassar Wasn’t the Only Abuser in Olympic Sports" is from the April 05, 2018 Opinion section of The Washington Post. It was written by Kayla Harrison and August L. Wolf and narrated by Jenny Hoops.