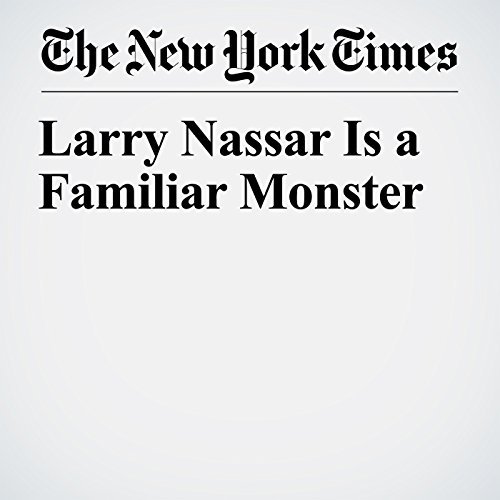 When Judge Rosemarie Aquilina handed down her sentence on Larry Nassar last week, she spoke to and of him as a kind of monster we rarely see. She was wrong.

"Larry Nassar Is a Familiar Monster" is from the January 27, 2018 Opinion section of The New York Times. It was written by Frank Bruni and narrated by Keith Sellon-Wright.