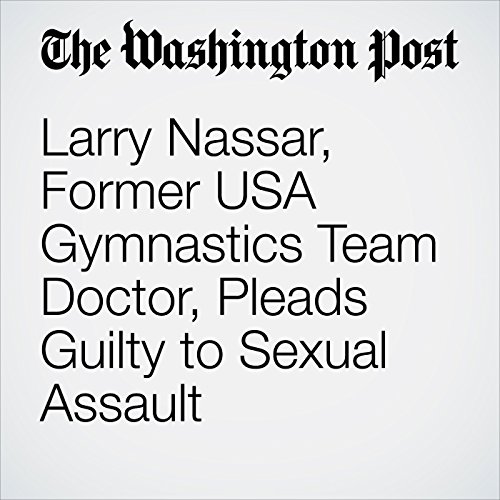 Former Olympic gymnastics team physician Larry Nassar, accused of sexual assault by more than 130 women, including several Team USA gymnasts, pleaded guilty to seven counts of sexual assault Wednesday in Michigan, in a deal that will send him to prison for at least 25 years.

"Larry Nassar, Former USA Gymnastics Team Doctor, Pleads Guilty to Sexual Assault" is from the November 22, 2017 Olympics section of The Washington Post. It was written by Will Hobson and narrated by Sam Scholl.