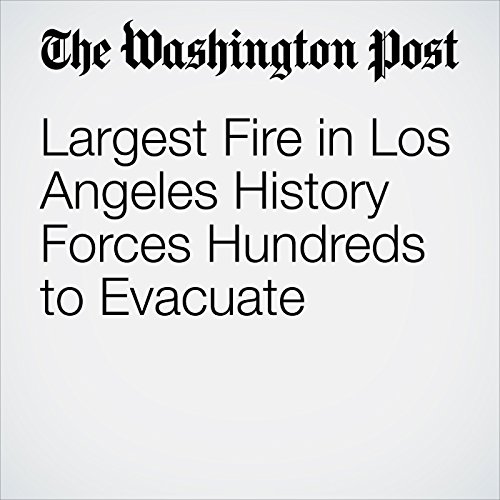 A fast-spreading brush fire north of Los Angeles forced hundreds of people to evacuate their homes Friday and Saturday as firefighters struggled against triple-digit temperatures and erratic winds to contain the blaze, officials said.

"Largest Fire in Los Angeles History Forces Hundreds to Evacuate" is from the September 02, 2017 Post Nation section of The Washington Post. It was written by Amy B Wang and narrated by Sam Scholl.