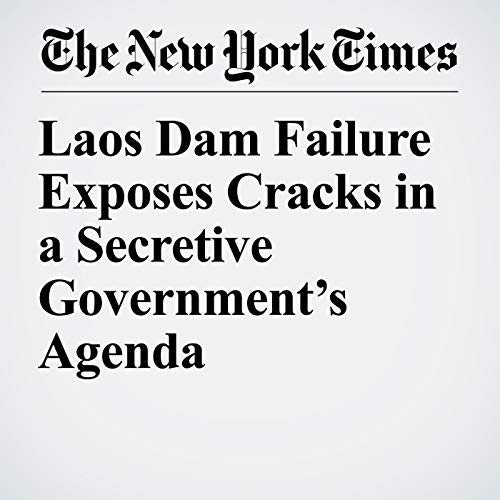 ATTAPEU, Laos — As heavy rains lashed southern Laos over the weekend, volunteers from many countries were continuing to help victims of earlier flooding caused by the failure of a foreign-funded hydropower dam.

"Laos Dam Failure Exposes Cracks in a Secretive Government’s Agenda" is from the July 29, 2018 World section of The New York Times. It was written by Mike Ives and narrated by Keith Sellon-Wright.