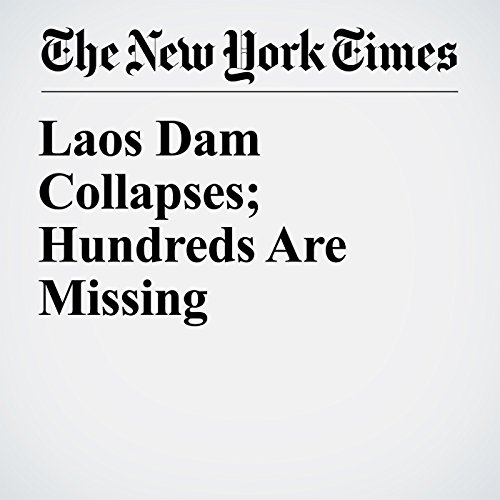 Hundreds of people were missing Tuesday after a billion-dollar hydropower dam that was under construction in Laos collapsed, killing several people and displacing more than 6,600 others, a state news agency said.

"Laos Dam Collapses; Hundreds Are Missing" is from the July 24, 2018 World section of The New York Times. It was written by Mike Ives and narrated by Kristi Burns.