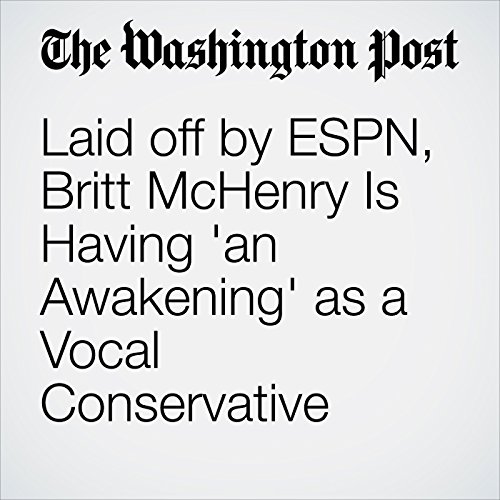 Why worry? After all, the former ESPN reporter had made it clear at various points in her career that she was politically conservative. But after McHenry lost her job during ESPN’s sizable layoffs this spring, she was back on the market, and unsure whether a public political activation would be a wise career move. Even after getting her agent’s approval, she said, her finger hovered over the publish button.

"Laid off by ESPN, Britt McHenry Is Having 'an Awakening' as a Vocal Conservative" is from the July 28, 2017 D.C. Sports Bog section of The Washington Post. It was written by Dan Steinberg and narrated by Kristi Burns.

Cosa pensano gli ascoltatori di Laid off by ESPN, Britt McHenry Is Having 'an Awakening' as a Vocal Conservative