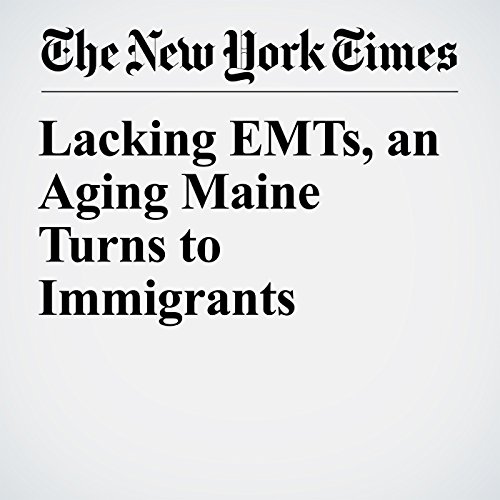 Maine is the nation’s oldest state, with the highest median age and the highest concentration of baby boomers, and its birthrate is dropping; in 2016, just two of its 16 counties had more births than deaths.

"Lacking EMTs, an Aging Maine Turns to Immigrants" is from the March 27, 2017 U.S. section of The New York Times. It was written by Katharine Q. Seelye and narrated by Caroline Miller.