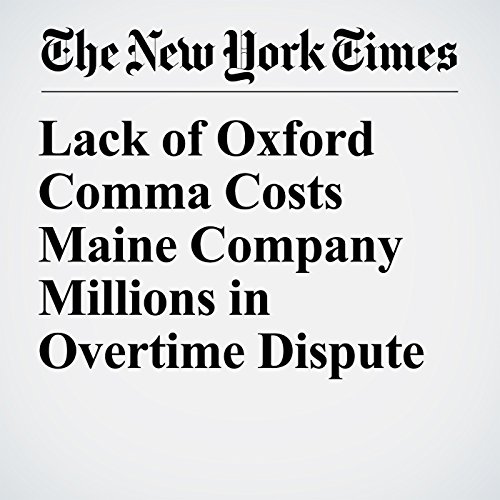 A class-action lawsuit about overtime pay for truck drivers hinged entirely on a debate that has bitterly divided friends, families and foes: The dreaded — or totally necessary — Oxford comma, perhaps the most polarizing of punctuation marks.

"Lack of Oxford Comma Costs Maine Company Millions in Overtime Dispute" is from the March 16, 2017 U.S. section of The New York Times. It was written by Daniel Victor and narrated by Barbara Benjamin-Creel.