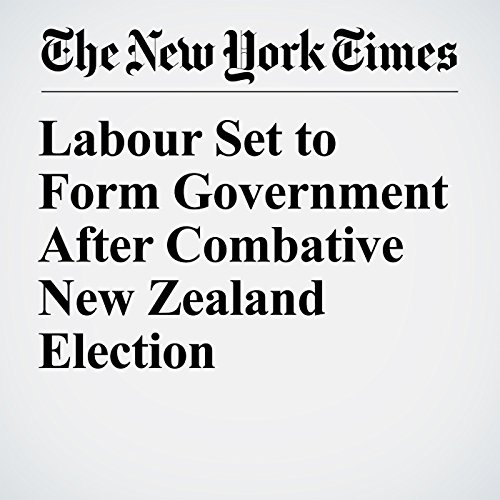 After prolonged post-election negotiations in New Zealand, a minor party holding the balance of power threw its support behind the opposition Labour Party on Thursday, paving the way for 37-year-old Jacinda Ardern to lead the country.

"Labour Set to Form Government After Combative New Zealand Election" is from the October 19, 2017 World section of The New York Times. It was written by Charlotte Graham and narrated by Kristi Burns.